In 1979, Mary Tompkins decided she wanted to spend a summer abroad. BrittMarie Konradsson, of Sweden, answered an ad in a newspaper for people willing to take in students. It was the start of a 37-year long friendship.

Tompkins was a senior in high school and participated in the exchange program through the American Field Service.
“The American Field Service wanted to host someone,” Konradsson said. “I thought I could do that, so I got her.”
Konradsson also had something in common with Tompkins. When she was the same age, she had been an au pair for more than a year in The Hague.
At the time, Konradsson had a dairy farm and Tompkins spent time milking, haying and playing with Konradsson’s children. Tompkins was also first exposed to the BBC, learned to make quilts and learned to weave on a loom.

“It’s good to make things with your hands,” Konradsson said. “It gives you self-confidence and many good feelings.”
Tompkins also traveled and visited several castles.

“The castles there date back 1,000 to 1,200 years,” Tompkins said. “We don’t have anything like that.”
When Tompkins returned home from her summer abroad, she went to nursing school in Scottsbluff.
“I was going to be a teacher or a nurse,” Tompkins said. “I decided my English was too poor.”
She’s now a nurse midwife at Regional West Medical Center.

Tompkins’ home is decorated with glass, crystal and ceramics from her trips to Sweden. Over the past 37 years, Tompkins has traveled to Sweden 14 times and Konradsson has been to America seven times. On most trips, family and friends accompany the women on their journey. Their visits often coincide with important family events and the women enjoy surprises and a bit of mischief. For Konradsson’s 60th birthday, Tompkins flew to Sweden to surprise her.

“I was emailing her and talking to her and I was already staying with her daughters,” Tompkins said.
Konradsson’s family held the party at a brewery and she was told they were going to introduce a new brewmaster. When the brew master walked out, it was Tompkins.
“She really tricked me,” Konradsson said. “It was a fantastic surprise.”

On Tompkins’ husband’s 50th birthday, Konradsson flew to America and stayed for a week before the party at a friend’s house behind the Tompkins home. He never had a clue she was there. For Konradsson’s husband’s birthday one year, Konradsson tricked him into going away for a meeting with a local company.
“He couldn’t understand how we could make all the food and hide it in the cellar and he didn’t know,” Konradsson said. “He is still mad because he was thinking he was having a meeting on a Saturday afternoon.”

In Sweden, Konradsson was a teacher and later a headmaster. She preferred being a teacher.
“When you are a headmaster, you are getting far away from the kids and the teaching,” she said.

Since retiring, she’s been writing children’s books and has had one translated into English. The main characters are named after her grandchildren. The first book describes how nice it is to have a beehive, something Konradsson knows well, having raised bees for 30 years. She always liked writing, so about 10 years before she retired, she took classes on how to write. She spent four years going to school half-time while continuing to work full-time. Only the best were selected to continue in the program.
“We had almost 90 persons the first day and at our last session we were 18,” Konradsson said. “I’m so happy I was one of the best.”
She has also written two cookbooks and four novels that follow a girl named Oske. Her next story book will have a more serious tone discussing cancer.
“I will write that because the next youngest grandkid from my middle child went through cancer treatment,” Konradsson said.
She has several chapters written about what life was like as a child for her in Sweden. She describes it as a little bit like “Little House on the Prairie.”
“I will also write a new story book about being here, but that’s a secret right now,” Konradsson said.

While in Scottsbluff, she enjoys walking downtown and visiting the shops.
“I really like Teacher’s Corner,” she said. “We don’t have stores like that in Sweden.”
She also enjoyed a tour of the Brown Sheep Company and how it was a family-run operation.
The first thing Tompkins is asked whenever she travels to Sweden is what is going on with American politics. Konradsson has been listening to politics every day since she arrived. She isn’t fond of Donald Trump, who she says is hypnotizing people and screaming.

Keeping in touch for the friends used to take much longer. Long, handwritten letters were exchanged that could take up to two weeks to arrive. Konradsson said it would then be a few weeks before a reply was written because she had to absorb all the information and think about what to write back. The Internet has changed the way they communicate. They Skype each other and are in frequent contact via email. On this trip to America, Konradsson Skyped with her grandchildren and husband back in Sweden. He couldn’t make it this time because it is calving season.
Älghult, Sweden and Scottsbluff, Nebraska are small towns with seemingly nothing in common, but two women found each other and formed a friendship that has lasted a lifetime. Over the years, they attended birthdays, baby showers and holidays with one another. They are family.
“We have had lots of fun through the years because of that summer,” Konradsson said. 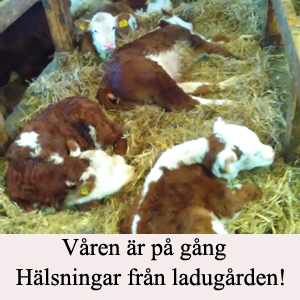